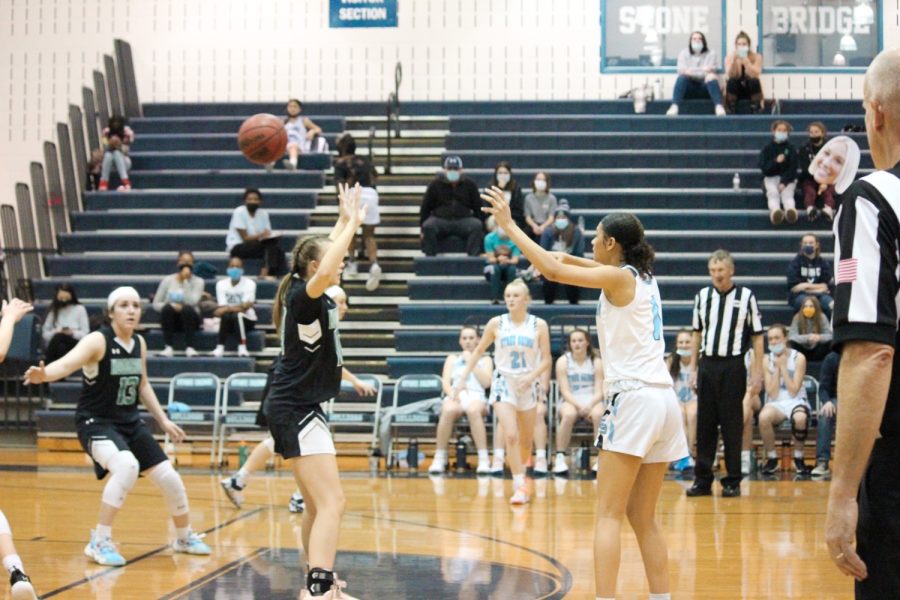 The girls basketball season was a staple of this year’s winter sports schedule, and even though the season drew to a recent close, the team ended on a high note.

For three months, the spirited 13-person team played their hardest, facing many difficult losses and triumphant victories. Though there were tough opponents like South Lakes, Woodgrove, and Broad Run, the girls beat out opponents such as Heritage, Loudoun, and Briarwoods to have an overall record of 4-7.

“I feel like the season went well despite all of the adversity we faced with five people getting hurt over the course of the season,” shooting guard Addie Hafer said.“

The team ended the season ranked 4th in the Potomac League. The team’s most successful match was against Heritage where they outscored the Pride 61-25.

“It was a great first game of the season and got us on the right track. We won 61-25,” Coach Emma Thompson said.

Another bright spot in the season was Senior Night against Briar Wood. Much of the team deemed this game as their favorite.

“We lost to [Briar Woods] previously in the season, and it was so exciting to beat them and get revenge on our senior night,” forward Ellie Swain said. “It was a close game all four quarters, but we pulled through in the end winning by 46-44.”

Though half the team is Seniors, most of the players will be returning for the 2022-2023 season.

“It was a very fun season, and I am looking forward to building on what we accomplished this year as well as competing at a higher level,” Thompson said.