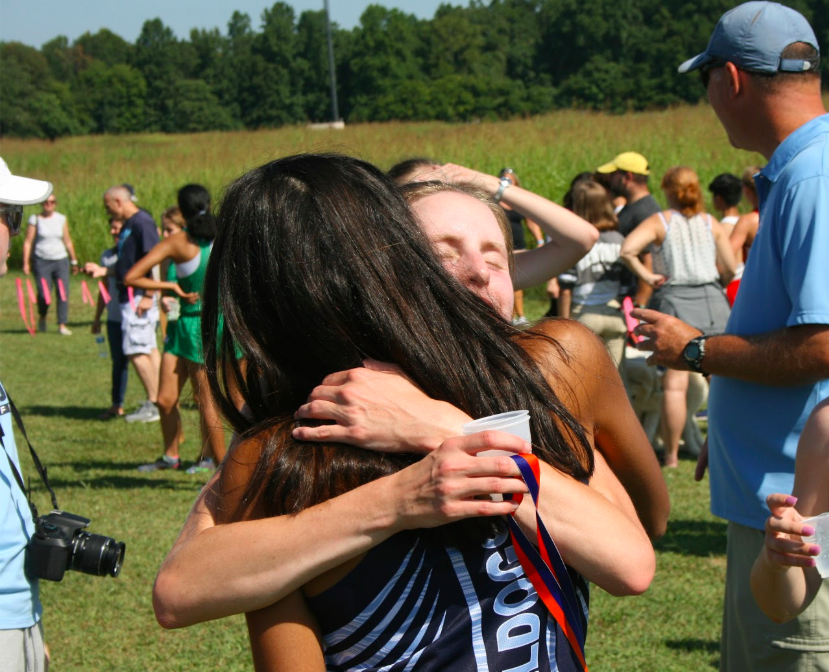 placing 3rd in the Pole Green Invitational on Sept. 2.

The girls varsity team is currently ranked 2nd in the state and the boys are ranked 7th. Both teams are capable of being contenders to win the State Championship this year.

“The girls and boys teams are making some great progress and had some solid performances at Pole Green and we are looking forward to future races this season,” head coach Matt Henry said.

The cross country team’s next race will be on Oct. 12 at the Albemarle Invitational which is located in Charlottesville, Virginia.

“I feel like we are going to make it to states this year, I think this team has a lot of potential and I think we will succeed the expectations,” senior Tristan Brodie, boys team captain, said.

The cross country team has trained since the beginning of summer break, practicing for many hours and doing hard workouts to prepare themselves for the fall season.

“I think all the training over the summer prepared us well for this season and we need to continue to stay focused and work hard for the next few weeks” new team member and junior George Alexander said. “My goal for this season is to stay healthy and be successful for the rest of the season.”

The JV teams also competed at all the meets this season. The girls team finished 3rd place overall and the boys team ended the day off with a win when they finished first in their race.

This year, Woodgrove and Riverside joined the 5A Potomac district with John Champe moving up to 6A district and Broad Run moving down to 4A. The Stone Bridge cross country teams are unaffected as they are still winning meets.

“We’ve been really successful this season and I think our summer conditioning has paid off, because a lot of the runners have gotten their personal records this season,“ sophomore Sneha Madeshwari said.

The girls are currently estimated by Milestat to come first in the Potomac region, which if won, would be the first time that the girls cross country team has ever won a regional championship in Stone Bridge High School’s history.

The cross country team’s next race will be on Oct. 12th at the Albernale Invitational which is located in Charlottesville, Virginia.