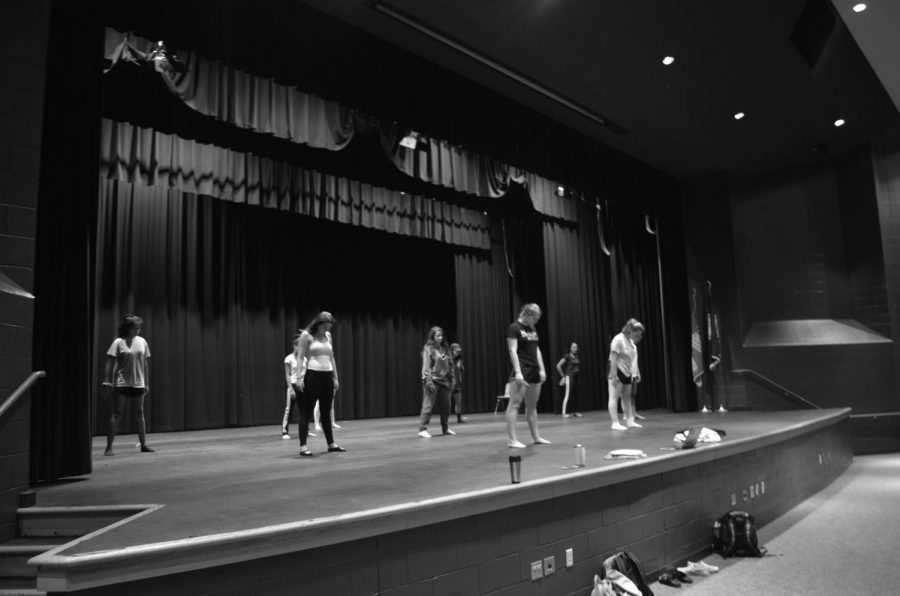 Early mornings and loud music are not the best combination for most people, but that’s what greets the dancers of the Stone Bridge Dance Team every Tuesday and Thursday. The team is student coached, student led and consists of 11 students. It is led by senior co-captains Kiki Kasell and Erin Fredrick, as well as junior co-captains Megan Sheehan and Abi Silvasy.

The team practices on Tuesdays and Thursdays from 7:30-8:30. They perform at various school events such as pep rallies and basketball games. Although they are a relatively small club, they do hold auditions at the end of every school year for the next year.

“There are people on this team who have never danced before, so you don’t need to have a lot of experience to audition,” Kasell said.

Anyone can audition regardless of grade level and experience, however they do make cuts.

“We just pick the people who fit the best within our team,” Silvasy added.

Last year, the dance team won Best Choreography Award at a competition, despite being the only team at the competition without a coach. Both the captains, as well as Silvasy, agreed that this year they will try to compete more and perform at more school events.

The dances are choreographed by Kasell and Fredrick, who admit that it is time consuming process that requires a lot of creative thought.

“First” said Kasell, “we come up with the songs. Then, after cutting the songs together and developing the mix, we will split up and choreograph pieces separately.”

The process involves some teamwork, however.

“Sometimes, we (Kasell and Fredrick) both will get together and try to choreograph something instead of doing it separately” Fredrick added.

Although the captains do most of the choreographing based on dance moves that they think will fit together, past dances they’ve done, and occasionally youtube videos, they will sometimes take advice from their junior captains, Silvasy and Sheehan.

Both Sheehan and Silvasy also help out during practices and when deciding songs.

“Abi and I lead the stretches at practices,” Sheehan says, “We come up with a list of the songs we think are good, but ultimately the final decision is up to both of the captains.”

Kasell and Fredrick also train the junior co-captains to take over the following year.

All the practices and hard work has finally paid off for the team. They put on a intense and show-stopping performance at the Homecoming Pep Rally. The choreography was mainly jazz as opposed to the hip-hop focused choreography from last year. For this pep rally the team performed to a wide range of songs, from Katy Perry’s “Dark Horse” to 5 Seconds of Summer’s hit single, “Young Blood”. The dance was led by captains Kasell and Fredrick, as well as the junior captains Sheehan and Silvasy.

The long morning practices, stares from the crowd, and bruised feet don’t seem to upset the dancers on this team. Though they might get nervous before performing in front of a large crowd, they do not let the butterflies in their stomachs affect their dancing skills at all. The students on this team can say that they have found a sense of community at Stone Bridge by sharing their passion among their teammates.