The Anti-Vax Movement: Lunacy or Factual? 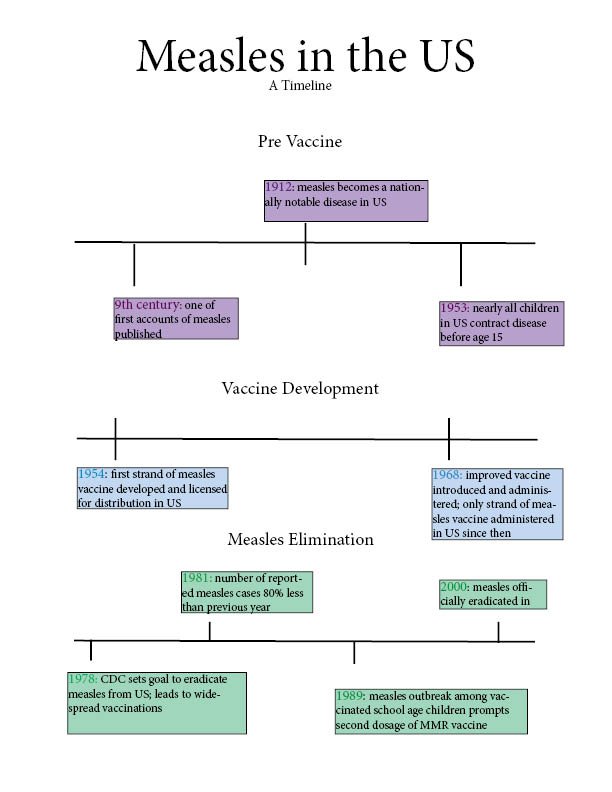 A measles outbreak has surfaced in Washington state, and on Jan. 25, Gov. Jay Inslee has declared a state of emergency. Over 63 cases, most concerning unvaccinated children, have been confirmed between Portland and Vancouver, but the focal point of the outbreak has been pinpointed at Clark County, a suburb of Portland.

While measles cases have emerged in numerous states this winter, the outbreak in Washington has officials especially concerned because it could potentially explode very quickly, due to the large population of anti-vax activists.

The Pacific Northwest is a hotspot for the ever growing anti-vax movement population, with some of the lowest vaccination rates in the country. Liberal lawmakers in Washington state have given in to these anti-vax activists’ demands for more lenient, loosely defined laws regarding vaccinations for children. So, virtually any child can be exempted from vaccinations on grounds of religious, medical, and now “philosophical” reasons. According to the Washington State Department of Health, 4% of children enrolled in school are exempted from vaccinations for non-medical reasons, while only .9% are exempted for medical reasons.

This begs the question of what exactly qualifies as a “philosophical” reason to not vaccinate. Some say that vaccines are not “pure,” and that they contaminate children. Some parents believe that mandatory vaccinations violate and infringe upon human rights. Some believe vaccines are a government conspiracy. One of the most notorious reasons as to why people choose not to vaccinate is that they believe it is linked to autism.

This is where the anti-vax movement in its entirety gets oversimplified. When hefty claims, such as there being a link between vaccines and autism, are made, people on both ends of the spectrum tend to cast judgement without clear understanding of the opposing viewpoint. From this stems misinformation, misunderstanding, and a huge information gap.

Let’s just give the anti-vaccination movement the benefit of the doubt for a minute. While some aspects of the movement are, in fact, completely ridiculous, others are not as droll as you might think.

“I’m all for the whole concept of vaccines, but it’s what we’re adding into these vaccines that I’m against,” nurse Mary Beth Pratt said.

What she’s referring to are the chemicals added to vaccines in order to preserve them, which shockingly, according to the CDC, include formaldehyde (found in the flu shot) and mercury.

“The flu vaccine is done in multi-dose vials.” One bottle contains enough of the vaccine to be administered to multiple people, which makes it cheaper for the company. “Since you’re opening and reopening a sterile bottle, putting needle after needle in, you need to add extra chemicals in order to preserve it. These chemicals, such as formaldehyde, are called fillers.”

Obviously, these chemicals are bad, but many argue the point that since it’s in such small quantity, it can’t do much harm. This may be true for the average person, but for some people, these chemicals elicit bad reactions to the vaccine that go beyond just swelling and bruising.

Severe, more long-term reactions to vaccines happen a lot in children with autism. “A lot of autistic kids have very low levels of glutathione, a protein that helps process, break down, detoxify, and flush things out of our systems,” Pratt said.

For people with average levels of glutathione, it’s easier to process vaccines, but for autistic kids it is exceedingly more difficult to flush out the harmful fillers that come with vaccines. Basically, the fillers, when not properly processed, can lead to the deterioration of the naturally occuring chemicals in our gut. Another thing to consider is that sometimes, children don’t necessarily need to have autism or be allergic to vaccines in order to have bad reactions.

So, point in case, I do find the whole “philosophical” exemption realm of the anti-vax movement a stretch, but I also believe that it should be taken into consideration that the movement, like everything in life, has its complexities, and there should be less immediate judgement geared towards people who don’t necessarily agree with vaccinations for medical reasons.

I will, however, draw the line at philosophical reasons for not vaccinating. Denying a child vaccinations for personal beliefs that hold no medical backing is morally wrong. Not only does it endanger one child; it endangers many, including the individuals who haven’t been vaccinated due to medical reasons or age.

Take the Washington state measles case: a concentrated population of undervaccinated people exposed to a highly contagious disease that once killed millions. Plainly speaking, this is a recipe for disaster. According to the Washington Post, roughly ¼ of children enrolled in school in Washington’s Clark County do not have the MMR (measles, mumps, rubella) vaccination, and at one particular school, the vaccination rate is only 40%. These kids are obviously at a greater risk for contracting measles, but it goes beyond the obvious; other people, specifically infants and the elderly, are at an even greater risk for contracting the disease, and not by choice. The MMR vaccine is not administered to infants until they reach 18 months of age.

Essentially, by refusing to vaccinate their children, anti-vax activist parents are putting their kids and the most dependent and vulnerable members of society at risk. Not only does this put the anti-vaxxers morally at fault, but it also pins the fault on lawmakers endorsing laws in support of the anti-vaccination movement. When prominent lawmakers support ideas with minimal factual and scientific backing (such as the philosophical component of anti-vax) it gives credibility to the aspect of the movement where there shouldn’t be any.