The Cure to Venezuela’s Corruption 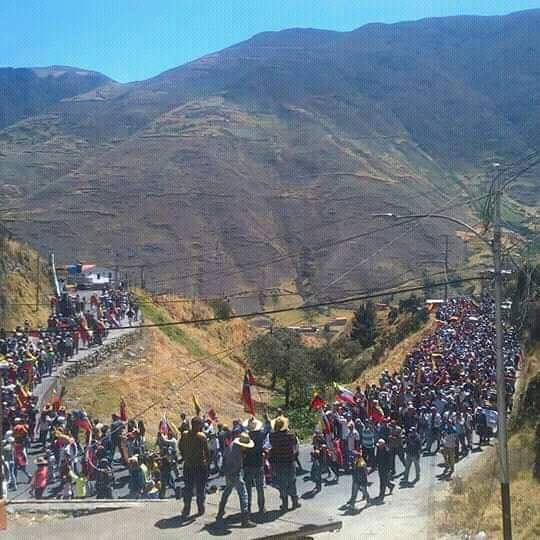 A plague is starting to set into the heartland of Venezuela. It is not only the diseases of malaria and diphtheria starting to infect its citizens, nor is it the plague of faltering government programs that fail to prevent starvation, lack of running water, and blackouts. It is the indisputable fact that president Nicolas Maduro and his predecessors are a plague to the democracy and well-being of Venezuela.

Of course, capitalist proponents place all the blame on the faultiness of socialism, but that overshadows the real problem that caused Venezuela’s GDP to decline 45% since 2013. It is instead the faulty, corrupt leadership of Maduro and the presidents before him.

The history of the fall of Venezuela’s economy starts with the deceitful, arrogant leadership of Hugo Chavez, with his foolish policies reducing the country’s economy to ash. Since oil is 95% of Venezuela’s export earnings, oil is a very important industry for the country’s economic health.  In 2003, the PDVA (the public oil corporation of Venezuela) strike calling for the resignation of Chavez’s rule was met with government sedition, with Chavez ordering the firing of 18,000 employees involved. To replace 20% of PDVA’s workforce, he later hired yes-men of the Chavez regime.

Despite the firing of experienced employees, Venezuela’s oil exports stabilized at its former 3.3 million gallons per day in 2004-2006. With Chavez seeing gold, he later carelessly redirected the billions of funds used for the capital investment of oil to fund his social welfare programs. Without the capital needed to fund oil extraction, the oil industry later faltered. Undeterred by the faltering economy, Chavez still had the time and money to fill his own pockets, violating the Venezuelan constitution to enjoy a $65,000,000 airplane. Of course, the newly-hired yes-men did not take offense to the irresponsible, corrupt actions that Chavez approved, and the country is seeing the retribution. By the time of Chavez’s death, production has dropped by 25% and oil exports have reduced by 45%; the failure to diversify the economy from oil spelled disaster for the people, causing exploding inflation and lack of common consumer goods like milk.

Chavez’s successor, Maduro, has not made the situation any better. To strengthen his authoritarian rule, he set up a rigged election to pick candidates for Venezuela’s National Constituent Assembly–the candidates being Maduro sympathizers. Pro-Maduro forces that have the power to change the constitution to his liking. To restore his presidential term, he has held government subsidies hostage in return for votes. Through implying “I give, and you give,” he has proved not only that he is a corrupt politician, but also that he is not above threatening an end to food subsidies to a starving country–for the sake of political power.

The same man who has neglected economic reform, refused humanitarian aid to his starving citizens, and oversaw the stripping away of democratic rights will be able to rule for six more years.

Maduro has tightened his tyrannical grip on his own people, but his grip is starting to wane. The people are starting to recognize their power in overthrowing their dictator. Tens of thousands of Venezuelans took to the streets chanting for freedom. Hundreds of thousands of people took to the streets to denounce Maduro’s policy of denying humanitarian aid to his starving citizens; as seen in the video, the military being used by Maduro is starting to cower at the face of the people.

Without a doubt, Maduro is clutching to his only means of power to avoid justice. However, the people are starting to realize that he is a paper tiger, and is bound to succumb to the justice of democracy that is knocking on their palace doors. The cure to the plague of corrupt authoritarianism is revolution, and I hope that the people of Venezuela use it to secure their country’s future.