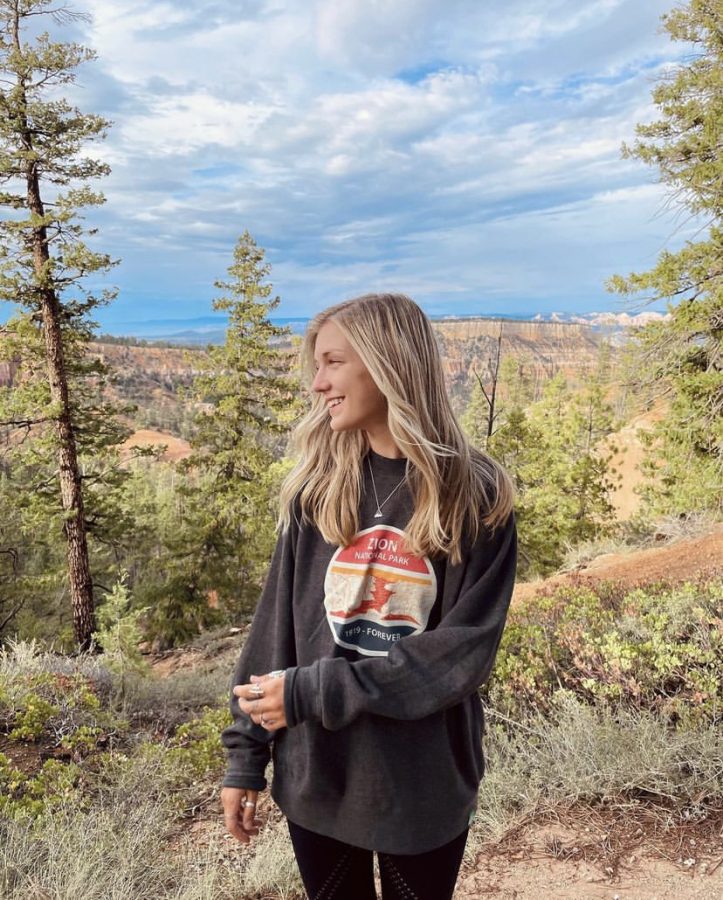 In the rapidly unfolding case that went viral over social media, travel influencer Gabrielle “Gabby” Petito was murdered by her fiancé Brian Laundrie during their trip around the West Coast. Officials have recently found Laundrie’s remains, confirming his involvement in the murder case.

With thousands of followers on Instagram, Tiktok, and Youtube, Gabby Petito grew in popularity by traveling across the country in a van with her fiancé, Brian Laundrie. Her positive social media presence took a dark turn when she was reported missing 11 days after she and Laundrie embarked on their journey. Petito was found dead several days later in Grand Teton National Park, Wyoming.

“She maintained regular contact with her family members during her travels; however, that communication abruptly stopped around the end of August,” North Port Police Chief Todd Garrison said.

The couple had been seen fighting in several areas in public, raising concern among locals in the area. The public display of violence led to several reports called in by worried locals.

“The gentleman was slapping the girl,” a caller described. “They ran up and down the sidewalk. He proceeded to hit her, hopped in the car and they drove off.”

After being stopped by the police for these concerning incidents, the couple told officer Eric Pratt that they were in love, soon to be married, and didn’t wish to see anyone charged with a crime.

“I’m not going to pursue anything because it’s my fiancé [and] I love her,” Laundrie said. “So what’s the problem? I’m sorry that it had to get so public. I just want to get the checklist of things I’ve got to do to get rid of this.”

Local police and the FBI worked together to find Petito’s body with the help of a tip they received from Norma Jean Jalovec, a Wyoming resident. She told CNN that on Aug. 29, she picked up Laundrie near Jackson Lake Dam and gave him a ride to the Spread Creek camping area, where Petito’s remains were found days later. According to Jalovec, Laundrie insisted on being dropped off at the entrance.

“He got agitated when I said, ‘Do you want me to take you past the gate, down the road [to the Spread Creek Dispersed Camping Area]?'” Norma Jean Jalovec tells People. “He was like, ‘No, no, no, no, no. This is fine. Just let me out here. You can let me out here.'”

Petito’s autopsy reported the cause of her death as strangulation and determined that her body had been in the forest for 3-4 weeks. Despite this shocking news, the disappearance of her fiancé raised a lot of suspicion in the investigation.

“We have someone who did not report his fiancé missing when he returned without her, we have someone that fled,” former federal prosecutor Neama Rahmani said.

After numerous requests from the police, on Sep. 17 the Laundries finally opened up to investigation, sharing that they had not seen their son since Sep. 14.

“We’ve been trying all week to talk to his family, to talk to Brian, and now they’ve called us here on Friday, we’ve gone to the home, and they’re saying now they have not seen their son,” North Port Police spokesperson Josh Taylor tells CNN. “It is another twist in this story.”

The search for Laundrie’s whereabouts continued and eventually came to a head when a body was found beside several personal items, including a backpack, a notebook, and a water bottle. A day later, a dental record proved that the remains were in fact, Brian Laundrie. Questions over the cause of death–whether by suicide or murder–soon began to circulate in popular media.

“I mean the closure is really, did he do it or did he not do it? That is going to be the overarching feeling based on my experience,” President of the International Homicide Investigators Association Paul Belli said.

The horrific story of Gabby Petito exposes a more violent side of the social media industry. In this case, a private life was subject to widespread social scrutiny.

“It’s still shocking.” Nichole Schmidt, Gabby Petito’s mother, tweeted. “It feels like I’m outside looking in, this cannot be our life. We must keep going.”