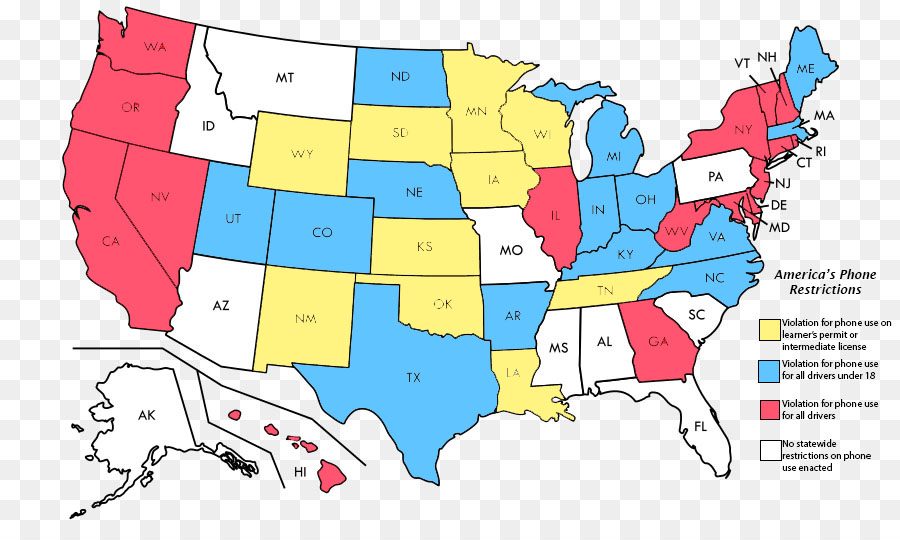 Answering important phone calls, changing music, and double-checking GPS directions are commonplace for young drivers in Virginia, and in 2020, these practices may no longer be allowed. If the bill passes, all communication on handheld devices in cars will be prohibited and punishable by fine in Virginia.

Thirteen other states already have this ban, not including territories like Puerto Rico, Guam, Washington DC, and the Virgin Islands. There are already limitations on phone use in Virginia, with the current laws banning all forms of texting including using voice commands or looking at your phone to send or receive a message. Drivers under eighteen are prohibited from using their phones when driving completely.

“I know it is already in place in Maryland and DC” said psychology teacher Dominic Rutan. “I think it’s a good thing, taking your eyes off the road for even a second could cause an accident.”

Although this new bill proposes all phone and GPS use punishable by fine, there are exceptions. Usage is allowed in a parked car, or in the case of an emergency. Some drivers have special privileges, like Department of Transportation vehicles, or in vehicles that require radio usage like police cars. Although this seems harsh, there was a more intense version of the bill previously suggested, charging everyone distracted by their phone or device a fine of $500. This bill is a compromise between keeping the laws the same and enacting a stricter law. The first fine for the first offense is $125, and on the second offense it’s $250, according to the National Conference of state Legislatures.

If the bill passes, it will go into effect everywhere in Virginia in 2020. This will affect a large portion of drivers, since those over 18 are used to being allowed calling privileges. Senior drivers at Stone Bridge next year should be wary of this bill and keep an eye out for if it passes. The National Safety Council reports that cellphone use while driving leads to 1.6 million crashes every year and 1 out of every 4 crashes in the US is caused by texting and driving. However, research indicates that there is no significant difference in crash prevention from states with full cellphone bans.

Being that so many teenagers use calling and texting every day, it would be a significant difference if suddenly they could not call in the car.

“I believe that the ban will affect the student body because we’re always on our phones” Said senior Martha Torbert. Many students use their phones while driving in or around school grounds.

“I know that some of us do it while we are trying to leave the parking lot after school.” Torbert explained.

“It will be hard to not be on our phones at all while driving.”