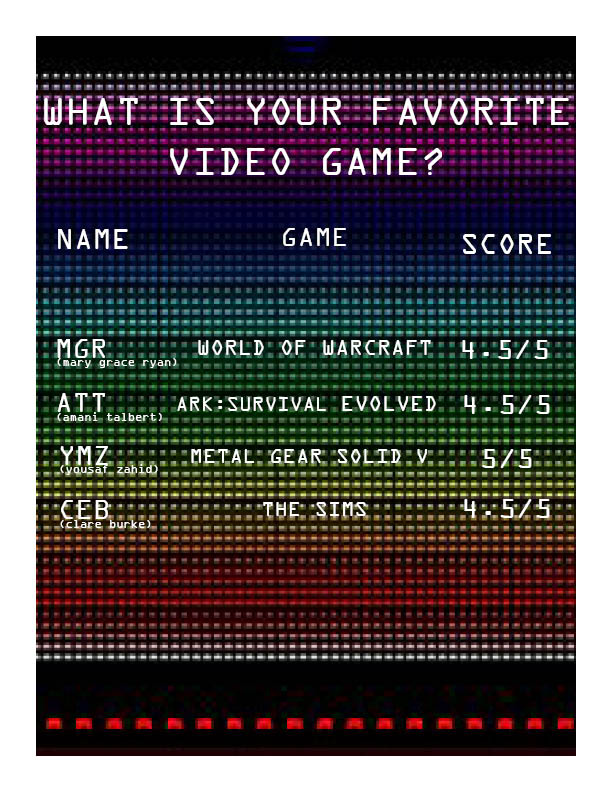 The primary focus of Level Up Gaming Club is to give social benefits to the club’s participants through video games.

Kevin Winsheimer and Dominic Rutan started the club to gather students with a common interest in video games, enabling positive social situations for all.

“Video games are usually an activity that is solitary, so we were looking for a social component to that,” Mr. Winsheimer said.

Both founders passed the torch to business teacher Lashawn Moore-Bostic, who seeks to keep the club alive.

“I saw a club for students who were in need of a sponsor for something of great interest to them,” Ms. Moore-Bostic said. “Though I’m not an intense gamer, I wouldn’t want them to disband the club.”

She still has a history with gaming, with her husband and sons being avid video game players.

“From Atari to Nintendo to Sega Genesis, I used to play all of them,” Ms. Moore-Bostic said. “I figured I could sponsor and I could also learn about what they do”

An array of different students come in and sometimes bring different consoles and monitors to play with.

“They come in and get plugged in,” Ms. Moore-Bostic said. “I’m starting to learn the

President of Level Up Gaming Club senior Yousaf Zahid wanted to become president because he has an avid love for gaming.

“[Being the president] has taught me how to better understand how to help and talk to people,” Zahid said. “And it has taught me extremely valuable leadership skills.”

Zahid first joined because his friends recommended it to him.

“It’s a place for people to meet more people with similar interests,” Zahid said. “You can meet new friends, discover new games, and overall it’s a place where people feel like they belong.”

Junior Amani Talbert joined Level Up Gaming Club because of a friend who was in it, and later noticed the benefits of joining.

Freshman Clare Burke first joined Level Up Gaming Club when her friend recommended it to her.

“I like playing multiplayer games and [the club] helps me find more people to play with,” Burke said.

Level Up Gaming Club meets in L516 once a month every first Thursday.