Domee Shi's Ode to Growing Up 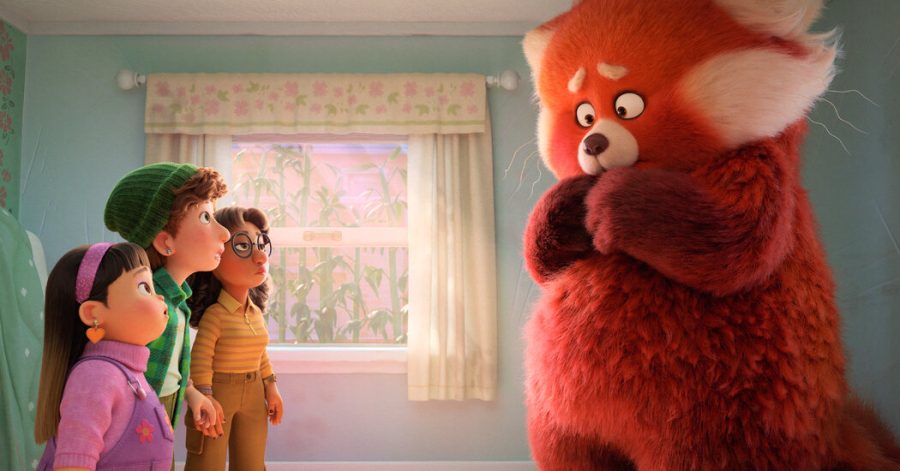 Set in 2002 Toronto, Ontario, the story’s protagonist is an unabashedly dorky Chinese-Canadian “tween” with a loving home and a soft spot for boy bands. Her life, however, takes a sharp turn when her already volatile physical and emotional state is compounded by a curious affliction; she becomes a giant red panda when excited.

“Everyone has been there,” Shi said in an interview with Screen Rant. “Everyone has been 13 and feeling like they’re turning into some wild, hairy, hormonal beast, and I think that’s why Pixar was drawn to it.”

One of the film’s biggest attractions is its unique, bubbly animation style that brings its characters to life. This brilliant design didn’t come from thin air, however; Shi has mentioned that she was greatly inspired by the works of Studio Ghibli’s Hayao Miyazaki and Sailor Moon’s Naoko Takeuchi, which culminate in the mesmerizing blend of color and media that brings Turning Red to life.

“It was important for us to really push the look and the style of this movie,” Shi said in an interview with Thrillist. “[Mei is] this excitable tween girl. So it just felt right that we have to push the colors of the world, really exaggerate and push the camera and just really make the audience feel what she’s feeling at any given moment because she feels so many big emotions in the movie.”

Although the story is ultimately a light-hearted depiction of a relatable young girl, Shi’s film tackles many serious issues that come with being 13. Turning Red gracefully addresses topics such as familial tension, conflict in friendships, body issues, all whilst maintaining a distinctly hopeful outlook on growing older.

“I really wanted to dive deeper into that mother-daughter relationship, especially from the point of view of an Asian kid,” Shi said to Screen Rant. “For Mei, she looks up to her mom, she loves her mom … but then, [Mei is] changing, and she doesn’t know how to deal with that.”

Receiving some criticism for being inaccessible to certain audiences and being “too explicit” in its mentions of puberty, Turning Red has still been widely praised by parents and children alike. The film has even reached a wider audience of psychological professionals, such as therapists and social workers, who consider Shi’s work to be a great outlet for children struggling with the topics she addresses.

“Turning Red was a phenomenal depiction of the thin line between culture and intergenerational trauma,” Social worker Lisa Ibekwe said in an interview with Upworthy. “It represents how culture heavily influences what we pass down to our children. Many children in general struggle to express their wants and desires to adults, and it’s even harder when there is a cultural gap between their desires and expectations.”

A strong shift from the style of previous Pixar movies, Shi’s film sugarcoats nothing in the eccentric, refreshingly nerdy life of Mei Lee, lending something to the current (or former) tween-age versions of ourselves.

“The inspiration behind this movie was to make it for that 13-year-old me who was struggling with all of these bodily changes and not seeing stories like this in [the] media a lot,” Shi said. “I’m all about subverting people’s expectations.”