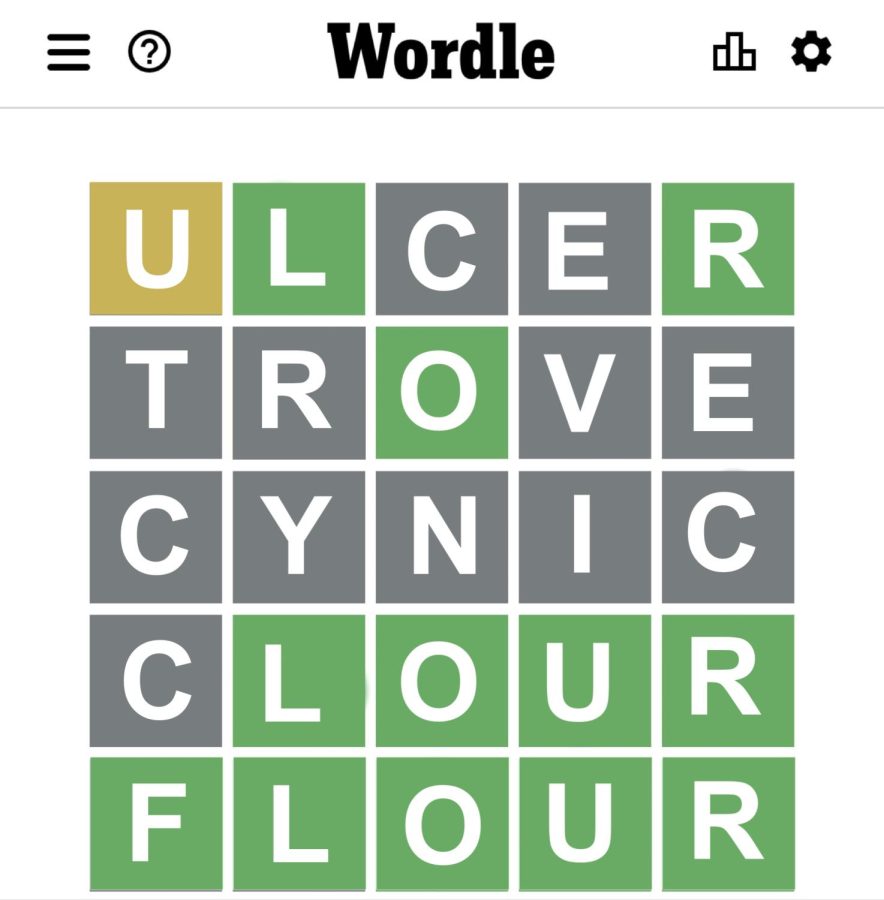 Have you completed the daily Wordle? Wordle has been a renowned game that has over 261 puzzles made up of five-letter words.

Wordle released in October of 2021 before being obtained by The New York Times in late January this year. “The word game has gone from dozens of players to hundreds of thousands in a few months,” Daniel Victor of The New York Times said.

Every 24 hours, a five-letter word is replaced with a new word and the player has six chances to guess the word correctly.

Although the game seems simple, the words can be tricky.

“[I would say] try to find as many letters as possible before solving,” senior Kyra Padam said.

In an Instagram poll conducted on @thebulldogtribune, students were asked what the toughest five-letter word has been. The most concurring responses were cynic, tacit, swill, and vivid. These words all have one thing in common: they have a letter that is used more than once.

“With the word swill, I’ve never used that word before, so I was only able to guess it by process of elimination,” junior Anne Treadwell said. “With “ulcer”, it was a word that had letters that aren’t often used in the English alphabet, so it took me a while to guess them and then to get the word itself.”

“I think ‘trove’ was a hard word when I played that day,” junior Katie Lieu said. “I forgot [it] existed, and I really couldn’t find it with the letters I had.”

Out of the 64 students that participated in the poll, 41 play Wordle daily – some having special techniques to playing the game itself.

“I love starting with just a word off the top of my head,” Treadwell said. “I know some players use tactical words that have commonly used letters; however, with the more recent words being made up of odd letters, I have found they don’t end up helping much.”

Branching off of Wordle, similar puzzle games such as Quordle, Nerdle, and Octordle were created with different variants of solving puzzles. For example, instead of solving five-letter words, Nerdle has users solve a math problem that includes numbers and math signs (×,÷, +, -).

“I do play Worldle which is a geography Wordle,” Padam said. “As far as word games, I also will [play] Wordle unlimited and WordHunt.”

There’s no doubt that these fun word games have become something of a social phenomenon. No matter which version is being played, Wordle is likely to come up in daily discussion.

“Have fun with the game,” Treadwell said. “Don’t be afraid to ask for a hint from those who already completed it if you get stuck.”