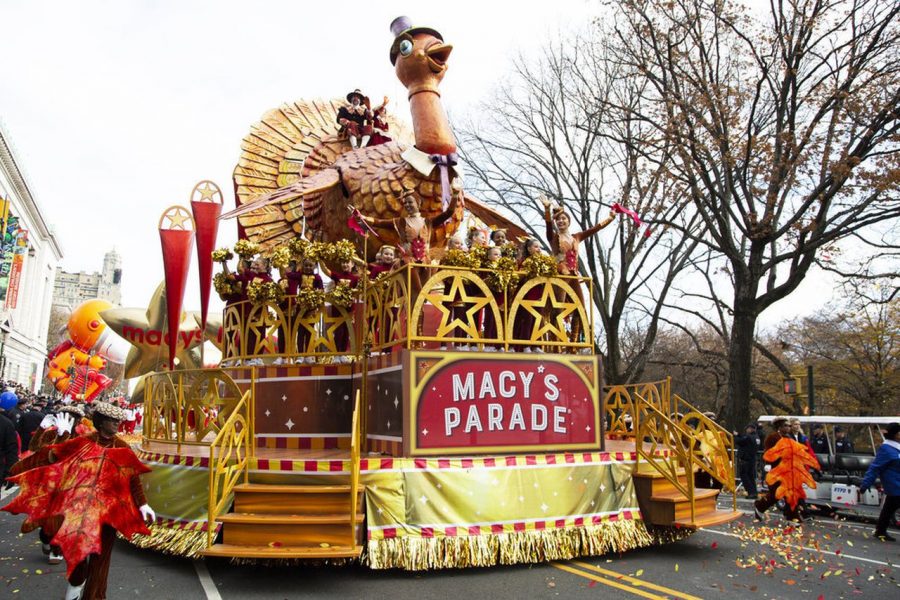 For 95 years, the Macy’s Thanksgiving Day Parade has brought families hours of entertainment every Turkey-Day.

Due to the pandemic, last year people had to watch the parade from their TV screens, breaking the 93-year tradition. This Thanksgiving, however, citizens flooded the sidewalks in excitement once again as in-person spectating resumed.

“My favorite part was just being able to see an in-person show again after not seeing one last year,” junior Bradley Nelson said. “. . . it was a good reminder that we are rebuilding after a long year of staying home.”

The parade featured many classic and new balloons such as Grogu from The Mandalorian, Pikachu and Eevee from Pokémon, Ada Twist from Ada Twist, Scientist, and Tony the Bear and Tiptoe (a reindeer) from Macy’s. The returning balloons consisted of iconic characters such as Astronaut Snoopy, Greg Heffley from Diary of a Wimpy Kid, Goku from Dragon Ball, Sonic the Hedgehog, Spongebob Squarepants and Gary the snail, Papa Smurf, the Pillsbury Doughboy, and Smokey the Bear.

Macy’s brought in many performers this year, some veterans of the parade, some new to the tradition. Classic bands and singers such as Foreigner, Kristin Chenoweth, Nelly, and Rob Thomas performed hit songs while new artists like internet stars Zoe Wees and Tai Verdes found a way to advance their successes using the parade to sing ______. Macy’s even brought in foreign artists like Aespa, a new experimental K-pop group.

The parade also brought the comeback of live musicals with the easing of in-person restrictions. Shows such as Annie, Wicked, Moulin Rouge, and Six all performed one of their stage numbers.

“My favorite part of the Macy’s Day Parade was seeing the three generations of Blue’s Clues actors next to each other on the float,” senior Emma Manning said.

Even after all these years, it’s safe to say that the Macy’s Thanksgiving Day Parade maintains its magic. For more recap on the parade be sure to checkout the Macy’s Day website.