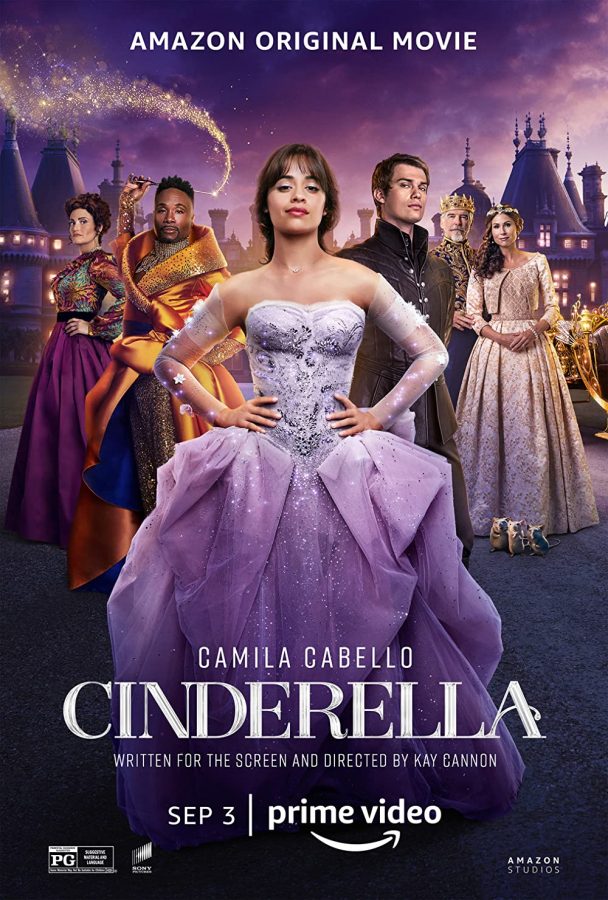 Amazon Studios’ newest release, Cinderella, offers an ambitious spin on the classic fairytale; yet, despite its talent-filled cast, critics are unanimous in their disappointment.

Released on September 3rd, 2021, audiences were neither impressed by the writing nor the score of the film. Expecting an enchanting reinterpretation of a beloved fable, viewers felt Amazon’s Cinderella missed the charm and whimsy of its source material.

“I was personally not a fan of it since it lacked the same feel the original did,” senior Emmanuel Boahen said. “I think a cartoon classic like that should not be adapted to live-action film.”

One of its biggest draws, the musical talent, was similarly condemned. Critics cited a lack of synthesis among the film’s songs, positing it as a mismatched, jukebox musical rather than a dazzling, original feature.

“The music made no sense,” senior Rachel Leary said. “There was no logic to how they chose the songs that they put in the movie.”

Music isn’t the only place where Cinderella faltered; despite its large budget, the graphics received little praise in comparison to the film’s predecessors. Some of the movie’s most highly anticipated sets were disappointing to viewers, lacking the immersion expected for a modern 21st-century film.

“The castle looked like a picture that they cut a hole into for the actors,” junior Nathan Britt said. “It just looked so out of place.”

Some of the movie’s choices ended up being exactly in the right place, however; many people found the movie to be just as entertaining as any other Cinderella story. For some, the numerous supposed shortcomings of the feature made for a uniquely amusing viewing experience.

“I actually enjoyed watching it,” junior Lily Hollar said. “I like to make fun of movies while I’m watching them.”

The lighthearted nature of the movie certainly makes up for some of its shortcomings, but the audience’s consensus on Cinderella 2021 is overwhelmingly negative. However, even with these rather spirited views, the most popular opinion seems to be that it was an unnecessary production.