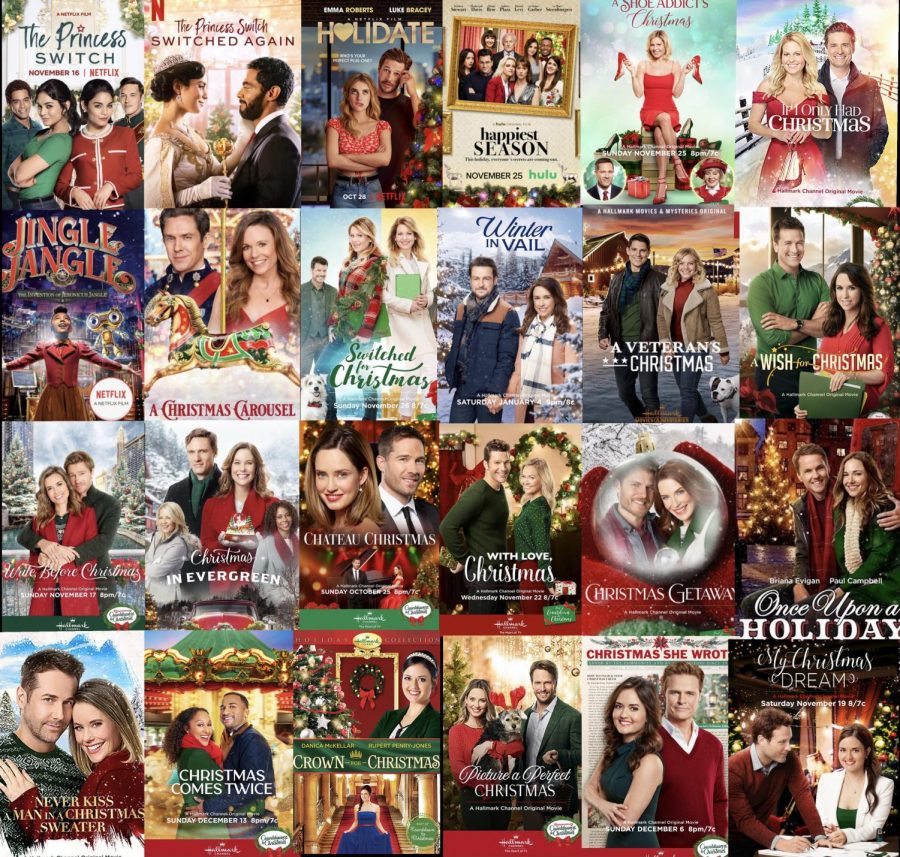 With every Holiday season comes a new batch of Christmas films on Netflix, Hulu, Hallmark, and more.

Even with the many Christmas films streaming on Hulu, Hulu has been highly advertising the newly released film, “Happiest Season,” starring Kristen Stewart. The film received an overall critic rating of 6.40/10 on Rotten Tomatoes.

The film brings the audience along on a journey of a young woman planning to propose to her girlfriend at her family’s Christmas party, who then discovers that her partner has yet to come out to her family.

This year, Netflix added over 15 new Christmas films for Netflix users to watch, including films such as “The Princess Switch: Switched Again” and “Holidate”.

“I liked the first one slightly better, but it was still really good for a sequel,” junior Alex Axtell said. “I enjoyed the fact that we got to see them continuing further into their relationship from the first film.”

Motion Picture Corporation of America releases a sequel film to “The Princess Switch,” on Nov. 19 — bringing back the same director, writers, and lead actors.

“Though inevitably the formula wears a little thinner in spots this time, it’s a frothy fantasy that should satisfy viewers’ itch for confectionary-looking Christmas fluff,” Variety writer Dennis Harvey said.

Instead of playing the role of 2 characters, this time Vanessa Hudgens plays 3: Duchess Margaret of Montenaro, Princess Stacy of Belgravia, and the evil cousin, Fiona.

“Yes, ‘The Princess Switch: Switched Again’ is syrupy, and no, beyond its central gimmick, there is little substance to be found,” The New York Times writer Helen T. Verongos said. “But the same could be said for many a beloved romance film or holiday movie.”

Critics claim that the film has neither a good story nor script — even the great chemistry between the actors does not save the film itself.

On the other hand, “Jingle Jangle: A Christmas Journey” received an overall rating of 7.8/10 by the critics and audience, indicating that most enjoyed the movie..

Starring Forest Whitaker, Keegan-Michael Key, and Anika Noni Rose, the fantasy filled and musical film celebrates the holiday season with an adventure whose spirit is matched with an uplifting message.

“[‘Jingle Jangle: A Christmas Journey’ is] a sprawling musical extravaganza whose candy-colored, dandily overstuffed revelry spills over with joy and jubilance and every other happy J-word,” Leah Greenblatt from Entertainment Weekly said.

Much of the audience agreed that the musical aspect of the film only made it better.

“I liked the film the way it was,” Decker said. “The music made it better.”

Besides Netflix, Hallmark is also streaming 12 films daily all the way past Christmas day. “A Christmas Carousel” will be streamed on Dec. 19 at 8pm. “Switched for Christmas” airs on Dec. 21 at 12pm, and “If Only I Had Christmas” on Christmas day at 6:30pm.

Candace Cameron Bure stars in both films “Switched for Christmas” and “If Only I Had Christmas”. Bure has starred in a total of 9 Christmas films throughout her career.

“If you like ‘The Wizard of Oz,’ there are so many nuggets to the movie and Easter eggs in there,” Bure told Today. “Within the character names, with the themes of having a heart, having courage, having a brain, even the Wicked Witch of the West”. Bure claims that this film might be her favorite film because of her love for “The Wizard of Oz.”

The special isn’t about Mariah Carey herself — she also brings her friends along with her. Ariana Grande, Jennifer Hudson, Misty Copeland, and Snoop Dogg are just a few of the many artists to join her on Dec 4.

“I hope people feel festive when they watch this special, and I hope it helps in some way,” Carey tells Elle. “Just like any really good Christmas movie or song can lift your spirits, that was the goal here.”