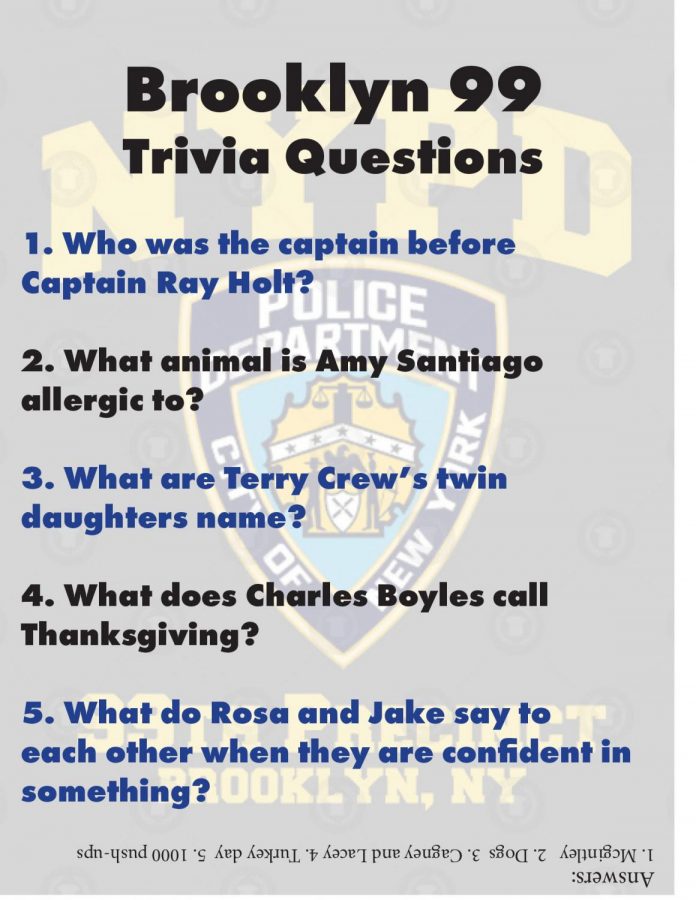 “Brooklyn 99” is back and fans are excited to see the new adventures of Jake and others.

On May 10, 2018 Fox announced that season 5 will be the last season of Brooklyn 99 and fans were upset. Luckily, NBC decided to bring back Brooklyn 99 but it will only have 13 episodes.

Season 5 ended with Jake and Amy getting married. It went nothing like they planned. Amy and Jake’s ring bearer got sick, the cake is missing, and there is a stain on Amy’s veil.

Jake insisted that they should get married in City Hall but Charles tells them that they should get married at night. Gina lends Amy a white dress she was going to wear at their wedding, as a guest. Rosa and Alice (her maybe new girlfriend, who Terry was helping Rosa talk to her earlier in the episode) found a bouquet of flower. Terry finds a curtain veil to replace the one they lost and Charles turns the parking lot into a beautiful last minute set up. Captain Holt officiated a robot ring bearer. Also, an unexpected guest Mlepnos appears. The wedding is filled with Jake’s ridiculous jokes but it’s also very heartwarming and touching.

Season 5 ended with a cliffhanger: Would Captain Ray Holt get the job as the NYPD police commissioner? He decides to open the email in the end to see if he got the job the episode ends when Holt opens the email and comes back to announce if he got the job. Whether if Holt gets the job or not gets answered at the first few minutes of season 6. The first episode of season is called: “Honeymoon”. Jake and Amy go on their honeymoon, but it doesn’t go the way they planned it. A surprising guest appears which makes things uncomfortable for Jake and Amy.

That’s not the only thing that happens- Terry is in charge of the 99. He is freaking out. Charles finds found that Gina’s mother is going to divorce his father. He tries to help them stay together. He asks Gina for help, but she refuses, without a reason. So much happens in that 22-minute episode.

The second episode is called “Hitchcock and Scully”. New episodes air every Thursday at 9pm at NBC.